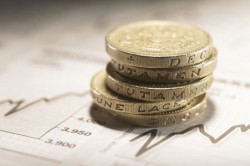 The commitment to encourage large business to the UK was one of the themes of this year’s budget. There are two important announcements for CT; an additional rate change and regional CT rates. The Chancellor had already announced planned CT reductions but made an additional cut in the main rate. There will be an additional 1% cut in the main rate of Corporation Tax (CT) on top of the four annual reductions announced in the June 2010 Budget, giving a main rate of 26% for 2011 which will drop to 23% in 2014.

The small profits rate of CT will drop from 21% to 20% with effect from 1 April 2011 as previously announced.

The Chancellor announced 21 new enterprise zones in the Budget to attract business to certain disadvantaged areas.  The Government will offer up to 100% discount on their business rates for up to five years for businesses located in enterprise zones.  Other advantages for the 21 new enterprise zones are welcomed and include simplified planning processes, superfast broadband and the potential for enhanced capital allowances  So far, the Chancellor has announced that there will be enterprise zones in Leeds, Sheffield, Liverpool, Greater Manchester, The West of England, The north-east of England Tees Valley, Nottinghamshire, Black Country, Derbyshire.  Local authorities have been invited to tender for the remaining zones.

The reluctance of the banks to lend to business has led the Government to identify the Enterprise Investment Scheme (EIS) and Venture Capital Trust (VCT) scheme as being a potentially valuable existing tax relief which, with a few refinements, could help businesses to access finance.  From 6 April 2011 the rate of income tax relief for shares subscribed for under the EIS scheme will be increased from 20% to 30%.  This relief is given as a “tax reducer”.

The SBRR holiday will be extended by one year from 1 October 2011.

The Chancellor announced that he would be commencing consultation with business and the professions with a view to merging Income Tax and National Insurance contributions into one combined tax.

The main fuel duty rate has been cut by 1p per litre from 6pm on 23 March 2011.  An earlier proposed fuel duty rise will now be delayed until 1 January 2012, when it will increase by 3.02 pence per litre.

Approved Mileage Allowance Payments will increase from 40p per mile to 45p per mile from 6 April 2011.

The discussion in recent weeks has focussed on cutting red tape. Employment law, primarily the recording of procedures has been one of the main areas of concern. It is good to see the changes for micro business, as employment legislation is a bugbear for all small businesses.

The Government is scrapping proposals for specific regulations which would have cost businesses over £350 million a year, including: not extending the right to request time to train to businesses with less than 250 employees; not bringing forward the Equality Act dual discrimination rules and repealing the right to request flexible working to parents with children under 17.

Review of Health and Safety

The Government will implement the proposals from Lord Young’s review of Health and Safety, including new assessment tools, the registration of Health and Safety consultants, combined inspection programmes and taking action to constrain ‘no-win, no-fee’ legal services.

To discuss how the budget will effect your business call Judith on 07817 046096 or email judith@jsaccountancy.co.uk.